The endgame is a fascinating phase of a chess game. There are all sorts of strategies to help you navigate them with success.

Learning these endgame concepts can become an exciting voyage of discovery; the best part is that you will likely be on this journey for your entire chess career.

Here are some essential endgame concepts to help you finish your games strong.

Piece Activity is Most Important in Chess Endgames

When it comes to activating your pieces in the endgame, it helps to have a general rule of thumb to know which pieces to activate first.

The general rule of thumb is the major pieces first, then the king, and finally the minor pieces.

Of course, this only applies if your pieces are equally well placed; otherwise, the least active piece is the one you activate first.

When you have a passed pawn always look to exchange the minor pieces. If you have to choose between a bishop or a rook to blockade a pawn, it is better to have the piece of lesser material value performing the passive role.

Active Pieces Means You Have the Initiative

Vassily Smyslov said, “In chess, as in life, a man is his own most dangerous opponent.” We often look for ways the opponent can restrict our pieces and prevent these plans, but sometimes we do the work for them.

One such instance is that of the “superfluous knight,” when both knights are fighting for the same square. Since only one piece can occupy a square, the second knight is superfluous. 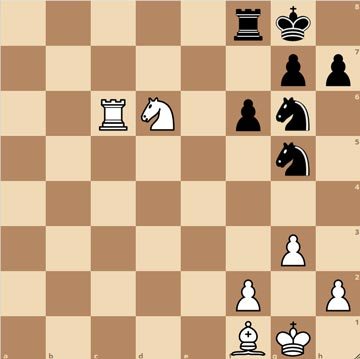 White played 35.g3 to restrict the knight on g6, which can only improve its activity and become centralized by going to …e5.

The black knight on g5 controls the squares that White’s last move weakened – f3 and h3.

The white king cannot enter the game with g2-f3 but must take the longer f1-e2 route. This means moving the bishop before activating the king.

Undoubtedly, the knight on g5 is more active than the g6 knight. Black can retain equality by playing 35…Ne5, but instead chose 35…Nf3+ and after 36.Kg2 played 36…Nfe5.

Moving the knight from f3 to e5 reduces the activity of the knight on g6 to next to nothing. Attacking the rook only allowed white to take control of the e7 square with 37.Rc7. 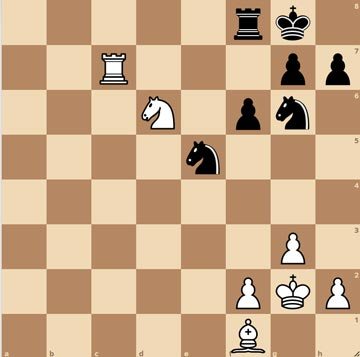 The game only lasted another four moves. If a player rated over 2500 can make misplace their pieces, it can indeed happen to us.

Rook endgames are typical in chess, yet many chess players have yet to master them. There is such a lot to know it can seem like the task is too big.

The best starting point in mastering rook endgames is learning how to get your rooks active!

You can sacrifice a pawn or two pawns to obtain a dominant rook, but be sure to calculate the variations. Unlike activity or having the initiative that can fade away, material loss is permanent. 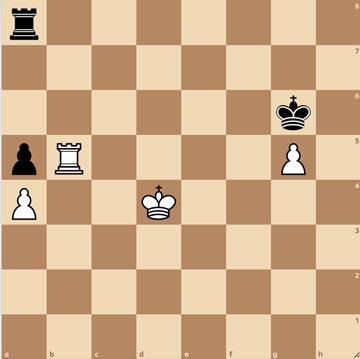 There is no way Black can leave the rook tied to the defense of the a5-pawn and hope to save the game. White would effectively be playing with an extra rook against the king.

Black made the correct decision to abandon the pawn and even played a forcing move with 57…Rd8+. Unfortunately, this does not put enough distance between the rook and the king.

White must play 58.Ke4 to avoid the king being cut off on the wrong half of the board. Placing the rook on the f-file allows Black the option of exchanging rooks with …Rf5.

The fantastic thing about this endgame is that if White tries to keep the king close to the a-pawns, Black can exchange rooks, capture the g-pawn and get the king over to stop the a-pawn from promoting.

Shouldering is a technique you can use when the passed pawn is a rook pawn.

In the diagram below, the black king keeps the white king trapped in the a-file by moving up and down in the c-file. 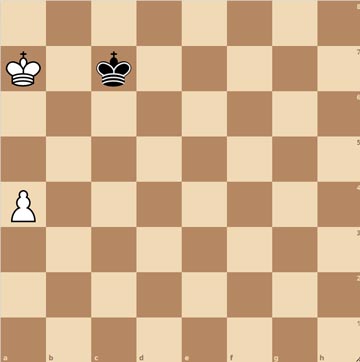 In the game, Black ended up losing the a-pawn and resigned since the only way to stop the pawn from promoting would mean placing the rook back on a8 at some stage.

Warning: Do Not Play Any Move on Autopilot

In chess endgames, it is possible to throw away a win with one careless move. Unlike middlegames, there is seldom enough time or other pieces to compensate for a blunder.

At least if you make a mistake in the middlegame, there is a chance to hold out for a draw in the endgame, even if you are an exchange down.

Be aware that exceptions to every rule exist, and before you begin to consider your candidate moves take time to evaluate the position. Even in the endgame, it is vital to be on the lookout for danger.

King activity is vital in winning chess games, but it is not nearly as important as king safety.

Do not let the lack of pieces lull you into dropping your guard. Yes, piece activity and moving forward are important, but so is king safety. 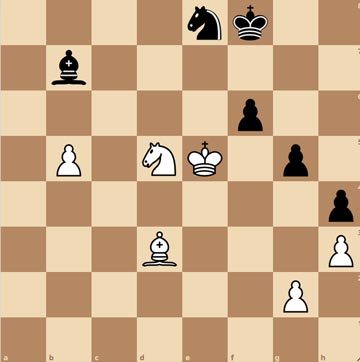 Instead of the simple 58.Nxf6, which Komodo Dragon evaluates as +8.29, Short played 58.Ke6. This move allowed black to deliver checkmate immediately with 58…Bc8#

Nigel Short attributed the blunder to being low on time; they had been playing for six hours.

Despite how it ended, this was a well-played endgame by GM Nigel Short against another strong grandmaster Alexander Beliavsky.

Here is another example of the danger of being in time trouble and a reminder to always do a blunder check after every move. Ask yourself what attacking move your opponent can reply with if you play a move.

Tactics exist in all three phases of a chess game and are more common in chess endgames than people believe. 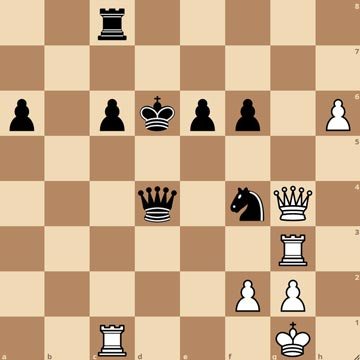 In this position, Korchnoi, playing with the black pieces, tried to catch White in a fork by setting up …Ne2+. Korchnoi met 40.Qg4 with 40…Qd2 breaking the pin on his knight while keeping it defended and threatening 41…Ne2+

Always be careful when placing your pieces in a straight line, especially if the diagonal or file is open.

In the above position, having the knight and king on the same diagonal is not a problem because White does not have a dark-squared bishop. The diagonal can easily get blocked with …e5 if needed.

The one thing that rooks thrive on is open files. Being aware of the pieces on the board is essential to playing winning chess.

Unfortunately for Korchnoi, he broke the pin on the fourth rank, only to walk straight into another, even deadlier pin. White won the game with 41.Rd1.

Active pieces are essential in all three phases of the game. The fewer pieces in endgames allow you more space and help you get maximum activity for each remaining piece.

It won’t take long to learn why you want a bishop instead of a knight in endgames with pawns on opposite sides of the board. Bishops thrive in wide open spaces that wear down a knight.

This knowledge will improve your middlegame play because you will begin to pay more attention to what endgame you are about to enter. You will know from experience what pieces to exchange before you reach the endgame.

We get taught to think ahead in considering our moves. There can be little doubt it is helpful to remember the next phase of the game we are about to transition into if we want to have active pieces.

by Shaun Sedice
Did you like this post?
0
Previous article: Isolated Queen’s Pawn Chess Openings for White
Next article: Rack up Wins With the Nimzowitsch-Larsen Attack
Related Products Endgames of the World Champions - From Fischer to Carlsen - Karsten Muller - Volume 1
$33.95 Endgames of the World Champions - From Steinitz to Spassky - Karsten Müller - Vol. 2
$33.95
Sign up for our newsletter and save!