When it comes to choosing chess openings for white, there is a lot to learn. Black has a wide variety of defenses to choose from, and you must be prepared to face them all.

Choosing a middlegame theme, you know well will help you cope with the extra theoretical workload of chess openings for white. All you need to learn is how to reach your chosen structure.

The advantage of choosing the isolated queen’s pawn is that there are common strategies and moves no matter what chess opening you face.

Instead of remembering theory, you only need to remember strategies, and learning your attacking options makes this much easier and fun.

Your light-squared bishop is one of your most valuable pieces in an isolated queen’s pawn position with white. In order to protect the bishop from getting exchanged with …Nb4, White often plays a3.

The isolated pawn is a pawn that lacks the support of another pawn on either side. 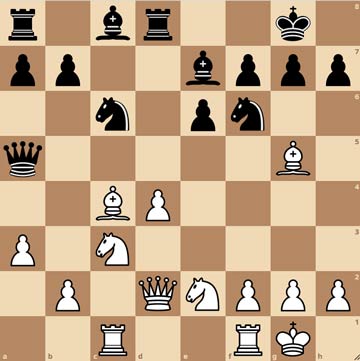 The a3 advance stops the knight from harassing the bishop on d3. It also protects the queen on c2 and gives the bishop a safe square on a2. The a2-g8 diagonal is often an excellent attacking diagonal for the bishop once the b1-h7 diagonal gets blocked with g6.

On a2, the bishop also supports the d5 advance, which helps exchange the isolated queen’s pawn. In some instances, White sacrifices the d-pawn to open lines and leaves Black with the isolated pawn going into the endgame.

Bishops are long-range pieces and can be highly effective even if they are on the first rank. Notice in the above position that the bishop on c4 can retreat to a2 and b1.

From b1, the bishop attacks the h7 pawn, and the pressure against h7 can get increased with moves like Qd3 and Qc2. This establishes the bishop and queen battery, which usually induces a weakening pawn move – either …g6 or …h6.

Remember to look for opportunities to activate the light-squared bishop on the a2-g8 diagonal after …g6. Do not rush because White often gets the chance to sacrifice on g6 and expose the Black king.

Some typical ways to attack the g6-pawn are with a knight on e5, a rook swing along the third rank to g3, and advancing Harry the h-pawn up the board.

Whenever your opponent moves a pawn in front of the king, look to use it as a hook. Make use of the hook to rip open the position.

The queen and bishop battery is a powerful weapon that you can use to create weaknesses in your opponent’s position. You will not deliver checkmate every time with the battery, but it most certainly can lead to winning material.

Another common isolated queen’s pawn strategy involving the queen and bishop is to maneuver the queen to the h-file to apply pressure on h7. The queen can reach the h-file with Qf3-h3. Qd3-h3 or Qd2-f4-h4.

The Caro-Kann is one of the most dependable defenses against 1.e4 and has been played by many of the world’s top players. One f the best ways to reach an isolated queen’s pawn is to play the Panov Botvinnik Attack. 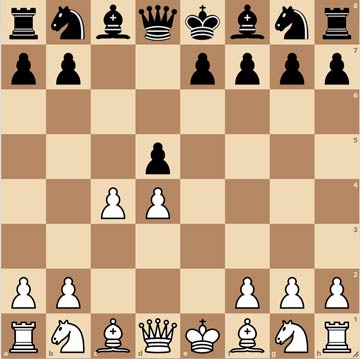 The Panov Botvinnik Attack has many open lines for the bishops and rooks. White can place rooks on e1 and c1 to use the open and semi-open files.

Although you might not get objects of attack in these files, the e3 and c3 squares can be helpful for a rook swing. Placing a rook on c1 early will allow you to play Bd3-b1 if needed without getting your rook stuck on a1.

When you have a space advantage, it sometimes pays to sit tight and let the pressure build on your opponent. There is every chance that Black will try to open the center prematurely to relieve the pressure.

Your opponents will not enjoy watching as you build up an attack against their king. In chess openings for white with an isolated queen’s pawn, White has many good moves available that do not weaken the position.

Black will often play …Nc6-b4-d5 or …Nd7-b6-d5, which allows your knight access to the e5 square. Always be on the lookout for the opportunity to place your knight on this active square.

One of the attractive features of an isolated queen’s pawn position is the easy development, and dynamic piece play you obtain.

The next game is an excellent example of how powerful the knight on e5 can become. Black played …Nbd7-b6-d5 and allowed White to play Ne5.

Note the sacrifices on the h6 and g6 squares that left the black king exposed to attack.

When playing against the French Defense, you can find yourself in positions unique to this opening. These are positions that your opponent is often more familiar with than you.

Never dance to your opponent’s tune if you can avoid it and take him into unfamiliar territory.

Of course, the unfamiliar territory you want to drag him into must provide you with a solid footing. Fortunately, you can reach an isolated queen’s pawn position through the reliable Tarrasch Variation with 3.Nd2. 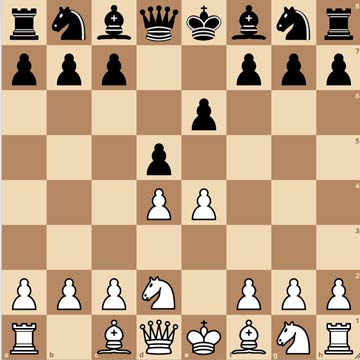 White will support the d4-pawn with c3 and recapture on d4 with cxd4. The light-squared bishop goes to d3 to support the center, and Ngf3 helps defend the d4-pawn. 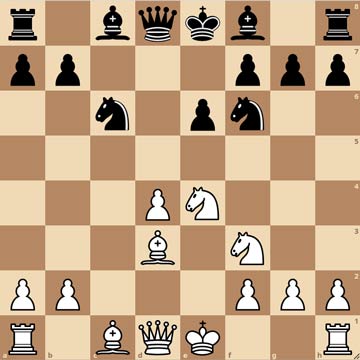 In this variation, you want to support your center and allow Black to initiate exchanges. The best part of playing this way is that the opening moves are easy to remember.

In any opening, centralization is an excellent strategy; in this variation, the white pieces do an excellent job of occupying and supporting the center.

Look at how powerful this approach is in practice against a player rated 2464 Elo.

Chess Openings for White: Taking Down the Sicilian Defense

As with the French Defense, you can reach your desired position by playing a dependable Anti-Sicilian – the 2.c3 variation. This variation is also known as the Alapin Variation and was named after the Lithuanian chess player Semyon Alapin. 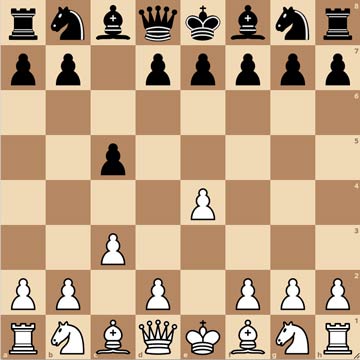 The intention behind 2.c3 is to play d4 and recapture with a pawn instead of a knight, as in the Open Sicilian (1.e4 c5 2.Nf3 d6 3.d4 cxd4 4.Nxd4). This prevents black from obtaining a central pawn majority.

However, more important is that we usually easily reach the isolated queen’s pawn position. 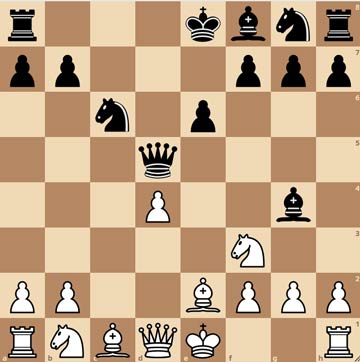 Simple, natural development will give White’s pieces active play and leads to a dynamic middlegame position. Instead of studying pages of theory, all you need is a familiarity with the typical isolated queen’s pawn strategies to ensure you thrive against the Sicilian Defense.

Yes, you can play the openings with minimal theory if you know the middlegame position you are trying to reach.

You cannot reach an isolated queen’s pawn against every chess opening. Owen’s Defense (1...b6) and the Scandinavian Defense (1…d5) are two examples where you will need to use a different opening strategy.

Another advantage of playing with a particular pawn structure is improving your general chess skills. Learning to play with active pieces and making the most of open positions will serve you well, even if you change your repertoire.

Although the isolated queen’s pawn can become a weakness in the endgame, a wise player once reminded us that the middlegame comes before the endgame. Make the most of your advantages in the middlegame, and you will find the endgame much easier to play.

by Shaun Sedice
Did you like this post?
0
Previous article: Make Your New Chess Mantra "Don't Lose!"
Next article: Active Pieces Are Vital to Winning Chess Endgames
Related Products The Modernized Italian Game for White
$39.95 The Modernized Ruy Lopez - A Complete Repertoire for White - Volume 2
$39.95 The Modernized Ruy Lopez Volume 1 – A Complete Repertoire for White
$39.95 The Najdorf in Black and White
$23.95
Sign up for our newsletter and save!