We all want to win our chess games but believing that we will win every game is an unrealistic approach. Drawn games in chess are a common occurrence and are not seen as failures.

Before we can think about winning, it is good to ensure that at least we do not lose. Acquiring the skills, we need to hold our position together requires understanding how attacks are carried out in chess and how we can turn attacks aside.

Tigran Petrosian became known as "Iron Tigran" thanks to his defensive skills and often absorbed a lot of pressure before winning with counterattacking chess.

If you can become a stout defender, your rating will continue to climb simply by drawing a game against a higher-ranked opponent. Remember, you must make up rating points every time you lose merely to get back to your starting point.

Learn how to defend and stop taking steps backward. In fact, you can use your excellent defensive skills to lure your opponents into overextending or playing unsound sacrifices.

Striking a balance Between Attacking and Defending

Most chess games have an ebb and flow unless you are lucky enough to gain a considerable advantage in the opening. In some games, you might get fortunate enough to play a winning attack early in the game, thanks to an error by your opponent.

The stronger you become, the less likely this is to happen.

When you have the advantage, it is time for you to attack, but who of us has only ever found ourselves in a position where we always have the advantage? Even Magnus Carlsen, rated above 2800 Elo, has been forced to defend an inferior position.

In his game against Jones, Carlsen blundered a piece in this position. 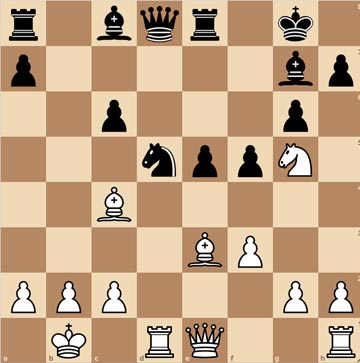 When the players reached this position, Magnus blundered with 17.g4 instead of 17.h4. The g4 advance allows 17…f4 when the pawn attacks the bishop on e3, and the queen attacks the undefended knight on g5.

Playing 17,h4 would have safeguarded the knight while 17.g4 left the piece hanging. Loose pieces drop off even if you are the world chess champion.

Thanks to his incredible chess skills, Magnus Carlsen could come back from the material deficit and win the game.

While attacking, we must remain vigilant and consider our opponent's resources. In this instance, Magnus was attacking and could have combined attack with defense if he played 17.h4!

Before you make your move, it is an excellent idea to ask, "What attacking move can my opponent play if I make this move?"

The Sound Principles of Defending in Chess

Before Wilhelm Steinitz started introducing the chess world to the concept of positional play, chess games were all about attacking. If you didn't win, it was assumed your opponent attacked better and with more fantastic imagination than you.

Steinitz believed you needed to justify your attacks by gaining positional advantages in the game. Unless your attack was based on an advantage, it would fail against proper defensive techniques. 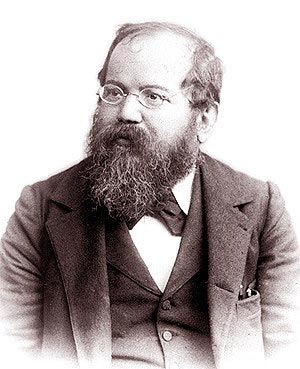 When an honest evaluation of your position shows you are at a disadvantage, it is time to defend. In many cases, it is essential to recognize what this entails.

You must undoubtedly bring pieces across to help defend against the attack, but it isn't wise to bring all your pieces over if you only need one or two. Defenders, like knights, can become superfluous if too many are in a tiny section of the board.

The other disadvantage of sending all your pieces to aid in defense on the kingside is the time you will lose if the play switches to the queenside. By leaving some of your pieces on the queenside, you can gain an advantage after defending the kingside attack by creating counterplay on the other side of the board.

A second critical factor is to get ahead of the attack and fix the weak points in your position. When you spot a weakness in your position, please do your best to remove it, or your opponent will have a target to attack.

Instead of striving to have a better position at all times, you can do a lot to avoid defeat by ensuring your position is equally strong on the kingside, center, and queenside.

Do not underestimate how frustrating it can be to your opponents if you keep your position strong. Even without going on the attack, you can induce an opponent to weaken their position.

The added advantage to removing weaknesses from your position is that you will do so from a strong base when you launch a counterattack.

Before you send forces to defend against threats, you need to learn to recognize real threats from decoys.

The danger with reacting to every perceived threat is you can unintentionally create a weakness where none existed. For example, your opponent might appear to attack your kingside, but when you move pieces from the queenside, they begin to play on this area of the board.

Sometimes all your opponent needs is to gain one vital tempo, especially in the endgame.

Here is a position where White turned what looked like an attack on the knight into a trap for the opponent. 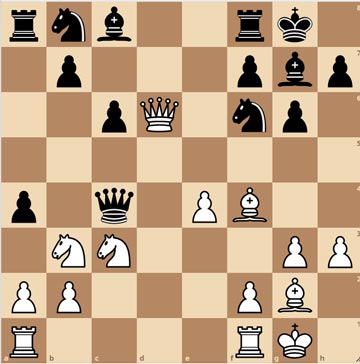 In this position, White met the threat of …axb3 with 14.Rfc1. Now 14…axb3 loses material after 15.axb3 when the rook on a8 and the queen on c4 are both hanging.

Thanks to his ability to recognize that the threat was not real, Portisch carried out his strategy and soon got a winning position.

Harmony: A Vital Ingredient When Defending in Chess

The cooperation, or harmony, between your pieces, is essential to being successful when defending in chess.

Unless your pieces work together, they can cooperate in any defense you need them to perform. One of the best ways to create harmony is to resist the urge to play normal moves and let the position help you find the best squares for your pieces.

When unsure which squares are the best, take a closer look at your opponent's position to see what they are planning. Are they bringing pieces over to one side of the board? Is there a threat of a breakthrough in the center?

Use these clues to help you find squares that allow your pieces to block these plans.

Another way of creating harmony between your pieces is to look at the whole board. The last thing you want is to get one of your pieces trapped on the queenside and unable to play a role in the center or kingside.

Bishops often get stuck on one side of the board because it is easy for your pawns and opponents' pawns to keep them imprisoned. Knights are less likely to get stuck because they can jump over pieces.

Development is another crucial aspect of creating harmony and is not related solely to attacking. The quicker you develop your pieces, the sooner they can participate in the defense.

Mikhail Botvinnik was a master of getting the most from his pieces, even in less-than-ideal positions. In this game against Alexander Kotov, Botvinnik lost the right to castle.

Thanks to his excellent development and keeping his pieces close to the king, Botvinnik could go from a slightly worse position to win the game. He made excellent use of a counterattack on the kingside.

One of the keys to defending in chess is not doing something you know will weaken your position. Often in life, we do something we know is wrong for us, and this habit can spill over into our chess games.

When in doubt, avoid any moves that might weaken your position. Advancing pawns without giving them a lot of thought is often fatal.

Instead of focusing on winning, focus on not losing and practice your calculation skills as often as possible. Attacks can be based on intuition but defending requires precise calculation.

Become okay with your games ending in draws, and take up the challenge of going undefeated in your games. Use friendly games to help sharpen your mindset.

Your streak does not need to get very long before you notice your rating going up without much stress or fuss.

You can build a winning chess career by focusing on not losing.

by Shaun Sedice
Did you like this post?
0
Previous article: You Can Win With the Sicilian Dragon
Next article: Isolated Queen’s Pawn Chess Openings for White
Related Products