Even if you have shed the beginner label, the Colle System is an excellent choice for chess players wanting to spend less time learning openings and more of their time on endgames.

The Colle System has been labeled a good opening for beginners because the strategy is simple, the development easy to remember, and the kingside attack is pretty straightforward. However, Alireza Firouzja used the Colle System to beat Wesley So as recently as 2020.

Although you can play the Colle System against any of Black’s defenses, it pays to have another option against the Slav setup. Unsurprisingly classical development with Nf3 and Nc3 works well against the Slav Defense.

What Is the Colle System?

The advantage of the Colle System is that your opponent cannot stop you from developing your pieces to the squares you want. White will often place his knights on f3 and d2, a bishop on d3, castle short, and form a triangle of pawns with d4, e3, and c3.

Although the pawn almost always goes to c3, there are times when you will want to play c4. This is something to pay attention to when learning the minimal opening theory of the Colle System. 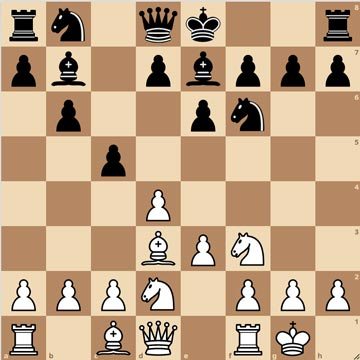 The Colle System was named after the Belgium chess player Edgard Colle, who died at an early age; after Colle’s death, IM George Koltanowski took up the task of keeping the Colle System alive and well.

The Colle System lends itself well to transpositions. If you enjoy playing 1.d4 and 2.c4 against certain defenses but not others, the Colle System is an excellent opening to include in your repertoire.

One of the most important things to remember is when to play c3 or c4. Advancing the c-pawn two squares changes the dynamics of the opening.

Despite transposing well to more well-known d4 openings, the Colle System is undoubtedly an opening you can play without transposition. Yes, even against the Slav setup.

Being a system opening knowing the piece placement and strategies is more critical than learning theory. Unlike the Najdorf variation of the Sicilian Defense, where knowing your theory is essential, in the Colle System, you will almost always reach a safe and sound position from the opening, even if you forget the order of your moves.

The central advance with e4, often supported by a queen on e2 and a rook on e1 is a vital part of White’s plans. If Black does not capture on e4, the pawn can advance to e5 and drive the knight from f6.

Because the bishop on d3 aims at h7, removing this crucial defender on f6 helps with White’s other attacking options.

Always be aware of the double attack by the white queen on e4 if Black has advanced the queenside pawns and plays dxe4. This allows the white queen to attack the rook on a8 and threaten a mate on h7 in some positions. 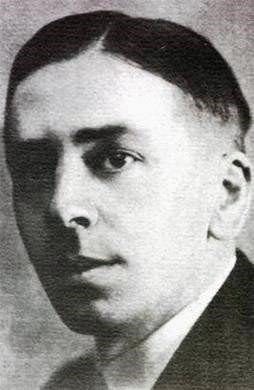 Do not rush to recapture on e4 with the queen until you are sure there are no more black pieces controlling the e4 square!

You will almost always need to exchange one set of knights on e4 before playing Qxe4.

Another move to watch for by black is …Nc5 attacking the queen on d3. This is a tactic that can occur in the 3…Bf5 variations after …Bxd3 and Qxd3.

The queen is undefended on d3, which means the d4 pawn is pinned. After playing …Nc5, the knight can move to e4 supported by the second knight on f6.

Black Strengthens the Center With 3…e6

Since White is adopting what appears to be a modest setup, there is no reason for black not to respond similarly. Defending the pawn on d5 with 3…e6 helps support Black’s central pawn on d5.

The move 3…e6 is often played by chess players who enjoy the Queen’s Gambit Declined against 1.d4 and 2.c4. Although it is a solid system, it does not pose much danger to white. 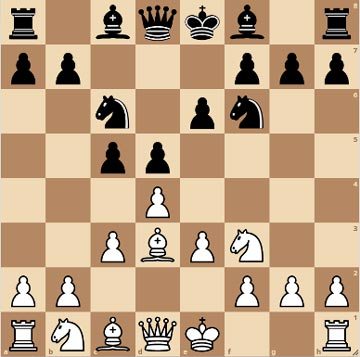 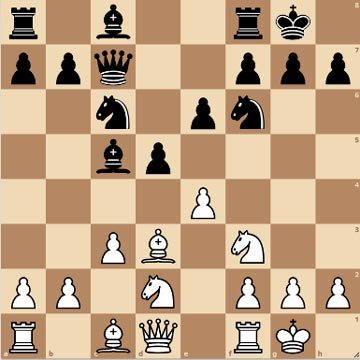 As is typical in the Colle System, the opening does not lead to a noticeable advantage for white, but White’s position is easier to play. Black needs to find a way for the c8 bishop to enter the game, or the rooks cannot defend each other.

White has a space advantage in this position, making it easier to develop the pieces. The queen can go to e2, which supports e4-e5; the knight can attack the black bishop from b3 and open a path for the white bishop to go to g5.

White’s position might not appear to be anything special, but well-centralized pieces can make it hard for your opponent to generate counterplay.

There is no doubt that 3…c5 is more dynamic than 3…e6. The bishop on c8 is not blocked and can find an active role on f5 or g4.

In this variation, you will likely reach one of the most complex middlegame positions of the entire Colle System. Both sides get two connected passed pawns, but White’s pawns are the more dangerous because one of the pawns is more advanced.

When it comes to passed pawns being ahead by one rank will often prove crucial.

This is a fun variation to play and makes for exciting chess. 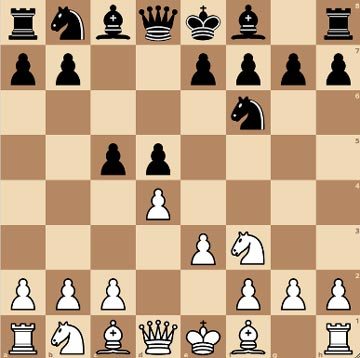 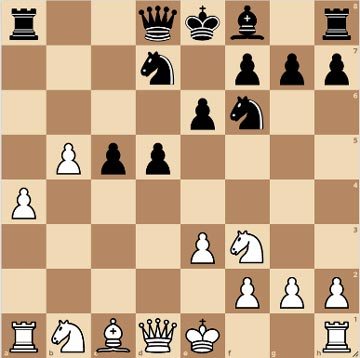 Black’s connected passed pawns are on the fourth rank, while White has a passed b-pawn on the fifth. Such details can prove crucial, but Black’s position is sound, and both sides can play for a win.

How many of your opponents will find the correct defense if a player like Wesley So finds it had to hold the position with black?

Although the Colle is often recommended for beginners and club players, here is a game played between two 2700 Elo-rated players.

The Colle System Versus the Slav Setup

For many years, chess grandmasters have been trying to find a way to get an advantage against the Slav Defense. The Slav Defense still holds its own against all of White’s attempts.

You can play the Colle System against the Slav and reach a position you are likely more familiar with than your opponent. A theoretically equal position is not always easy to play if it is unfamiliar to you. 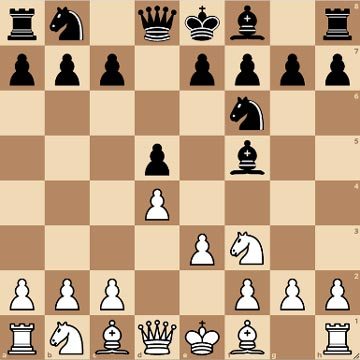 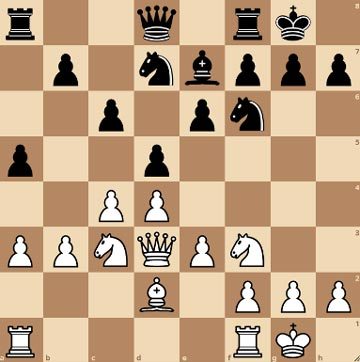 A Second Approach Against the Slav Setup

An excellent alternative to the Colle System is to play 4.c4 and continue with natural developing moves. This might not sound very exciting, but it got played at the highest level by Veselin Topalov, known as an attacking player. 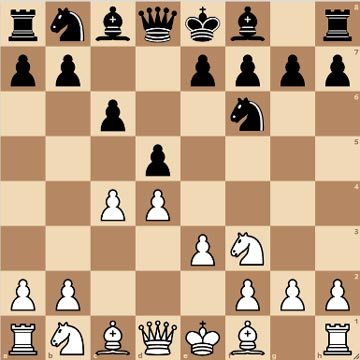 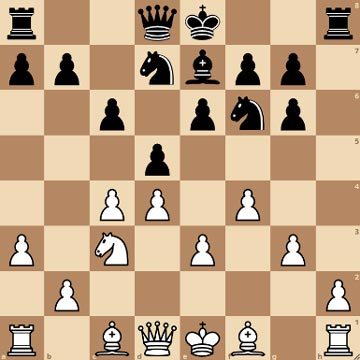 This position occurred in Topalov’s world championship match against Vladimir Kramnik. If Topalov was willing to play it in such a critical match, you could be confident this opening variation will serve you well.

A second weapon against well-known openings will make it easier to surprise your opponents.

Many beginners and club players will play …Bg4 instead of …Bf5, so being prepared for this move is essential. Here is an excellent way to play against …Bg4, and even without queens, White managed to generate a winning attack.

There is a lot of opening theory in a 1.d4 2.c4 repertoire, but if you play the Colle System, you gain time to learn the theory. You have another surprise weapon each time you learn a second way to play against a defense.

The bonus is when you finish learning all the theory of 1.d4 2 c4, you can continue playing the Colle System. As you have seen, some of today’s strongest players have lost against the Colle System.

Despite its reputation as a quiet opening, the Colle System is played by attacking players. Edgard Colle indeed scored many wins with excellent attacking play.

by Shaun Sedice
Did you like this post?
0
Previous article: Unleashing Your Queen and Rooks in Middlegames
Next article: Pawn Endgame in Chess: Getting It Right!
Related Products CHESSDVDS.COM IN SPANISH - WINNING CHESS THE EASY WAY - #7 - The Colle-Zukertort System - VOL. 4
$19.95
Sign up for our newsletter and save!